The project Sustainable and Equitable shrimp production and value chain development in Vietnam (SUSV project has gained good progress after one year of implementation, there have been 50 linkage contracts signed as the result of the project’s facilitation. 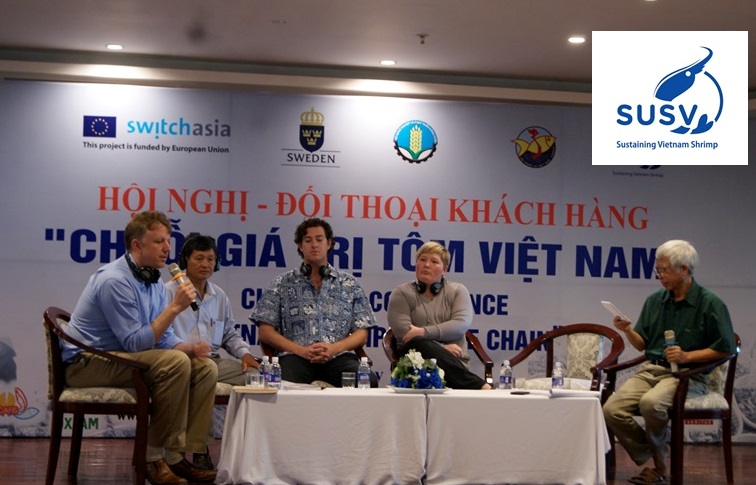 On May 19, 2017. International collaborating centre for aquaculture and fisheries sustainability (ICAFIS), Oxfam Vietnam and WWF Vietnam co-organized the Shrimp buyers’ Conference – Shrimp Value Chain in Vietnam in Can Tho city. Attending the conference, there were shrimp buyers from US, EU, Asia, representatives from shrimp processing and exporting companies in Mekong delta, and shrimp farmers in Mekong delta. 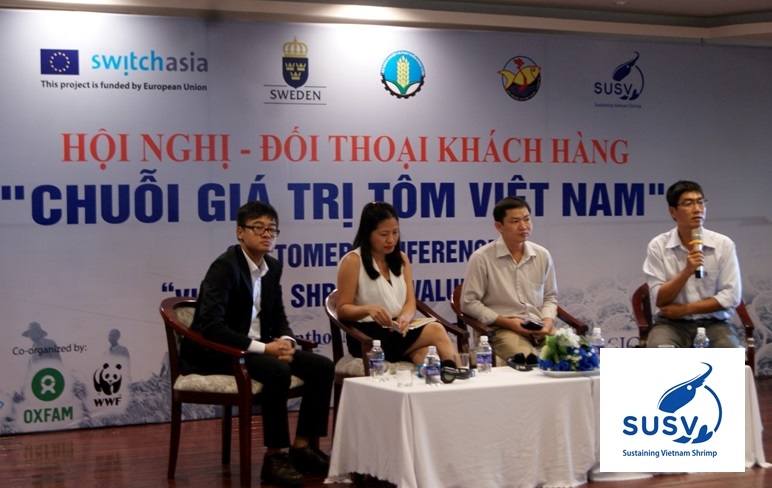 Presented in the conference, Mr. Dinh Xuan Lap – Deputy Director of ICAFIS reported that after implementing the project for one year, the project has gained practical progress, there have been 50 linkage contracts signed as the result of the project’s facilitation. 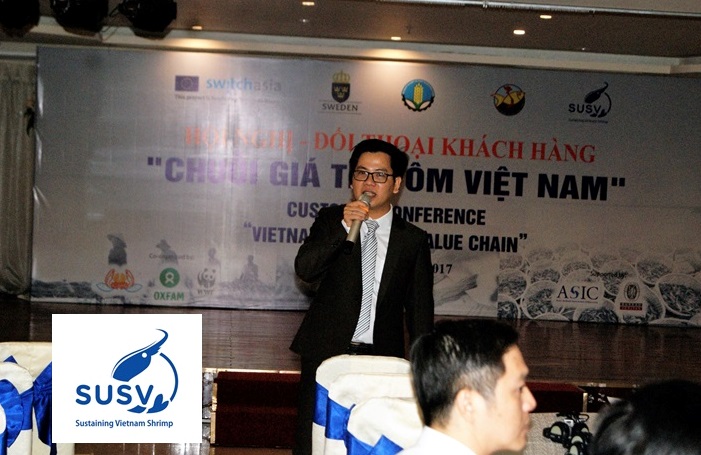 According to Mr. Lap, the SUSV project has oriented the Vietnam Shrimp industry into the right direction to reach out international level, promoting the value and belief of Vietnam shrimp via the shrimp farming process with strictly controlling inputs to outputs in order to decrease disease out breaking risks and mitigate the negative impacts on environment. Of which the project partly narrowed the gap between the  shrimp farming technologies and the environment change by apply the climate change adaption shrimp farming model and two-stages shrimp raising model. 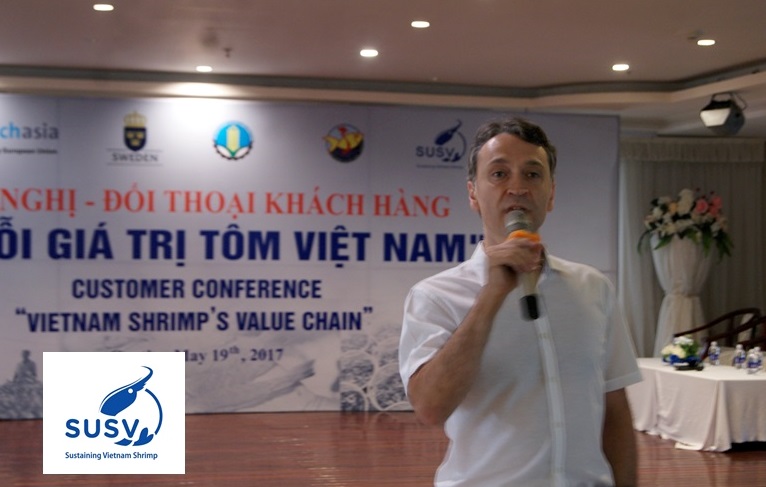 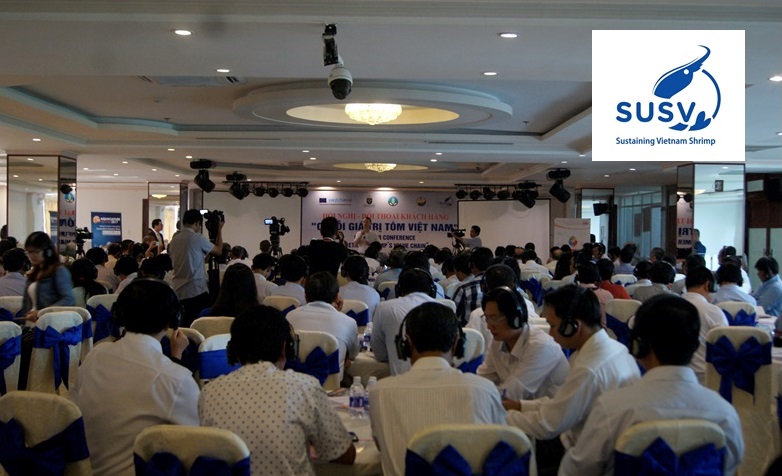 It is known that the fisheries industry contributes more than 3% to the national GDP every year. Shrimp is one of the four major export products of Vietnamese seafood (accounting for 44.4% by 2015) generating jobs and direct income for about 700,000 households.