For almost two years of implementing the project is not too long but there were lots of memorial experiences and achievements. I have worked with the farmers in the activity “gender equity improvement actions” for two years as the activity of the project “Gender Transformative and Responsible Agribusiness Investments in South East Asia (GRAISEA)”. Having chance to witness the gender transformation/change stories when I accompanies with visitors from Oxfam Vietnam, I emotionally remembered the beginning of the project. 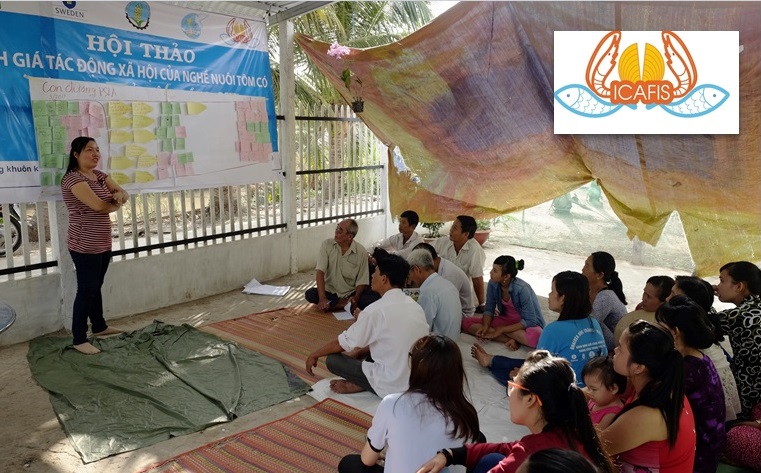 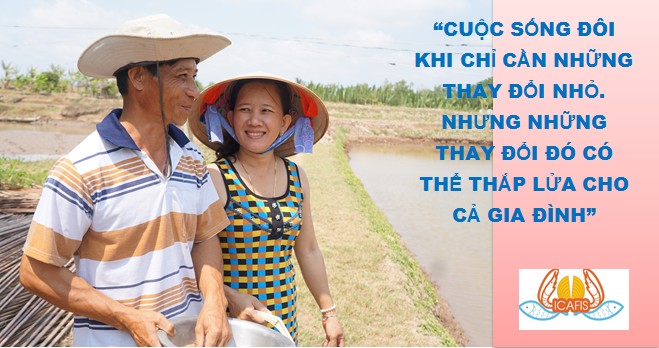 The changes also came from the most conservative person, Mr. Ngo Cong Luan – the director of 14/10 Cooperative in My Xuyen district, Soc Trang province shared “at first, I thought Mr. Bap would not change because he was very conservative and patriarchal, but now he has changed a lot and become the most active member. He, his wife and kids also attend community and group activities together.”

Shared by Mrs. Phuong – Mr. Bac’s wife: at the beginning, I was shy because I was not youth and I did not know how to draw. But more times I joined, more happiness I got because both I and my husband had opportunity to learn and share together. As the result of learning, my husband has helped me with house chores such as sweeping, cutting grass for cows, feeding cows. I also helped him with shrimp farming, now I can feed shrimp or know how to use aerators so when he is busy I can take care of shrimp ponds. In the last shrimp farming crop, He also discussed with me before making decisions on production plan, I also got some knowledge on shrimp farming during attending discussion with others before and I agreed with him. We unanimously applied rice shrimp rotation, the weather was abnormal so that lots of families suffered loss but our shrimp farm was successful so I and my husband are very happy, 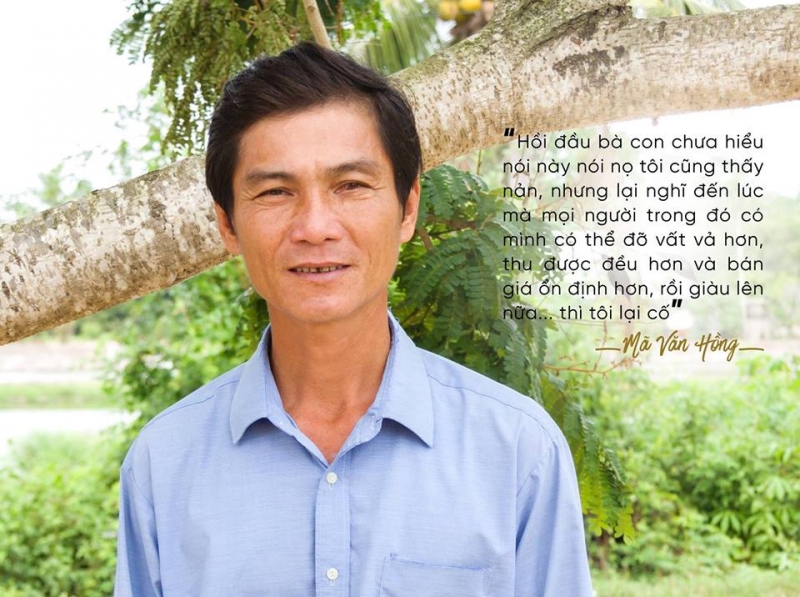 The changes also were created in communities, the change seemed to be impossible in the past. For long time ago, the farmer groups/cooperatives management board members were only men, in their conception, production is the men’s work, only men could make good decisions for communities. Via gender equity action plan and sharing, Thanh Dat and Hoa De cooperative recognized that the role of women is important, the presence of women in management boards can make the decision making process more balanced to avoid hasty decisions. Women are better at financial management than men, therefore they have actively changed the management system to have women in cooperative management boards.

Witnessing the changes in communities and farmers I feel very happy because I am a little useful to contribute a little for communities. Ms. Thi – the communication specialist from Oxfam Vietnam asked me “what is the role of ICAFIS in the project”, I was so emotional to answer, just smiled. If someone ask me to share experiences, I will share shortly “working with your heart will create the changes” and “using tools well will make transformation”. Wish the gender transformation team will inspire, spread joy and wish shrimp farmers have successful crops.