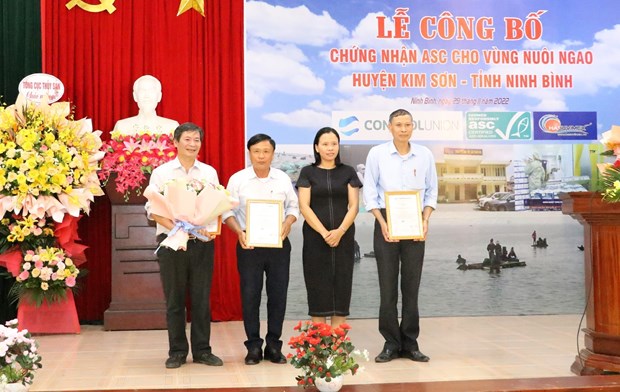 At the ceremony to handover the ASC certificate to clam farms in Kim Son district, Ninh Binh province (Photo: VNA)

Ninh Bình (VNA) – Clam farm in Kim Son district, the northern province of Ninh Binh, received the Aquaculture Stewardship Council (ASC) certificate at a ceremony on November 29.
Tran Van Bach, Deputy Director of the provincial Department of Agriculture and Rural Development, said Ninh Binh has a coastline of more than 18.5km, all within the administrative boundary of Kim Son district. The district is home to over 1,200 hectares of clam farms, with an annual output of nearly 30,000 tonnes. 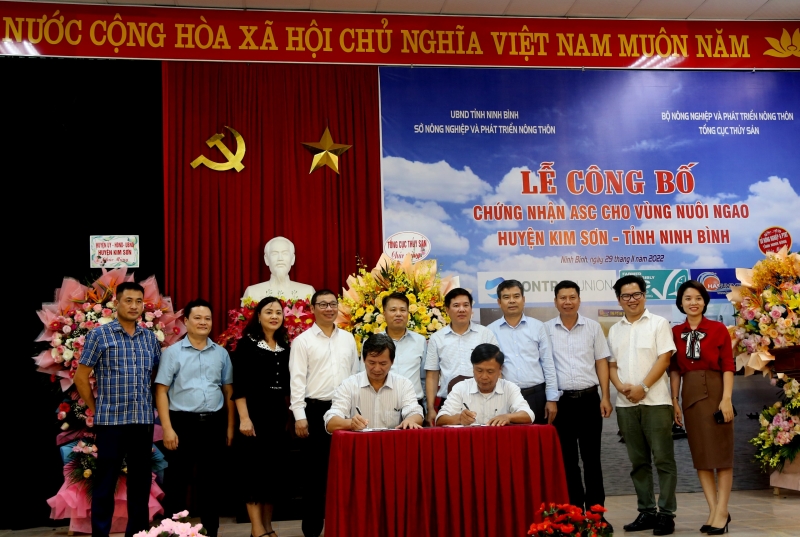 Kim Son is the second clam raising area in Vietnam and the world as well to be presented with the certificate, he noted.
Founded in 2010 by WWF and IDH (Dutch Sustainable Trade Initiative), the ASC is an independent, international non-profit organisation that manages the world’s leading certification and labelling programme for responsible aquaculture.
Its farm standards set strict requirements for responsible aquaculture that encourage seafood producers to minimise the environmental and social impacts of aquaculture.
The certification will be a great opportunity for local farmers to stabilise production, said Director of Kim Son Clam Cooperative Pham Van Quang, promising that the cooperative will seriously observe regulations to ensure the quality of clams for export./.